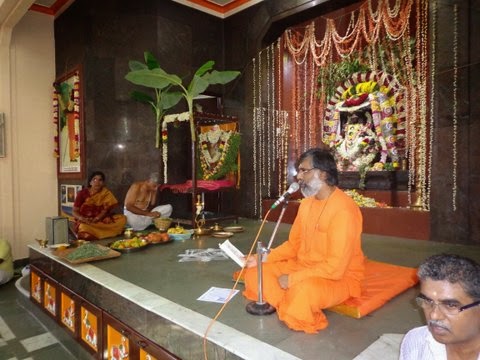 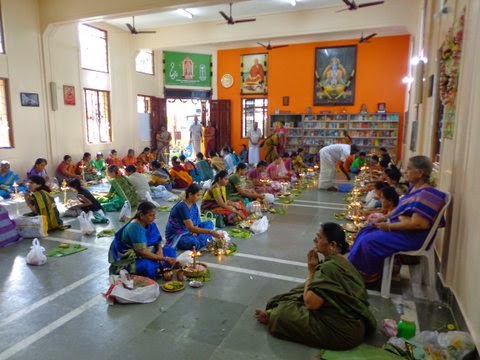 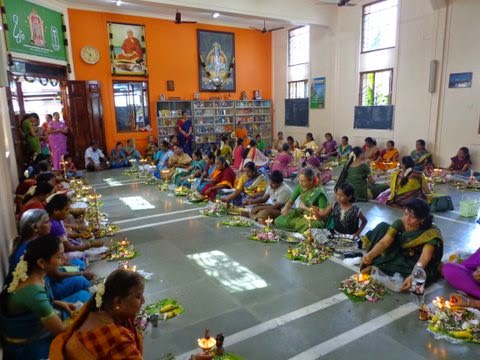 On the eve of Sri Rama Navami, Thiruvilakku Pooja was held at Chinmaya Meenakshi Dhyana Mandapam, on 28th March [Saturday] . This event was being organised for the past 16 years, by Chinmaya Mission, in coordinace with Asthiga Sabha, Madurai. Ladies from various parts of Madurai participated and recited the sahasranama Archana to Lord Sri Rama,. Acharya Sw. Sivayogananda &
Sri Krishnamoorthy  of Chinmaya Mission and Sri & Smt.Raju of Ashthiga Sabha made all the arrangements.

An yagna was organised at 'Gita Bhavanam' on the eve of 'Sri Ramanavami' on Sundara Kandam from Ramayana. The yagna was held from 16.3.2015 to 24.3.2015 (9 days ). Acharya Swami Sivayogananda gave an exhaustive talk on Sundara Kandam, quoting from Valmiki, Kamba and Tulsi Ramayana.  Further he explained the meaning of Sri Hanuman's various Namas and also compared the obstacles he met, with the concept of spirituality. President Sri Chandrakanthan and the members of Gita Bhavanam, organised this nine days yagna. 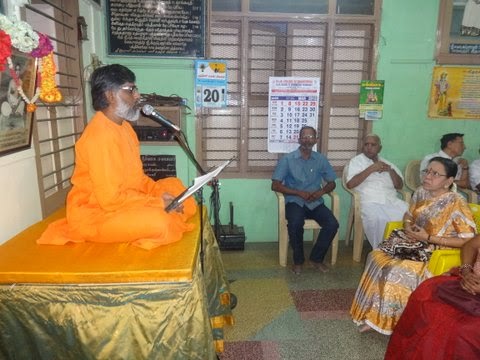 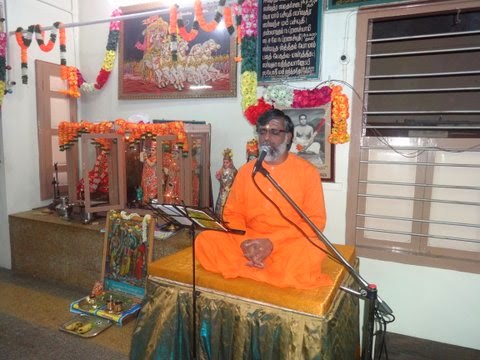 Posted by Madurai Chinmaya Mission at Sunday, March 29, 2015 No comments: 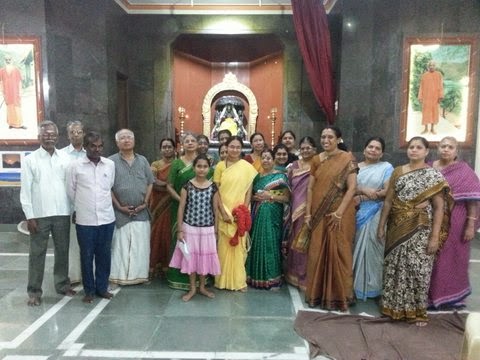 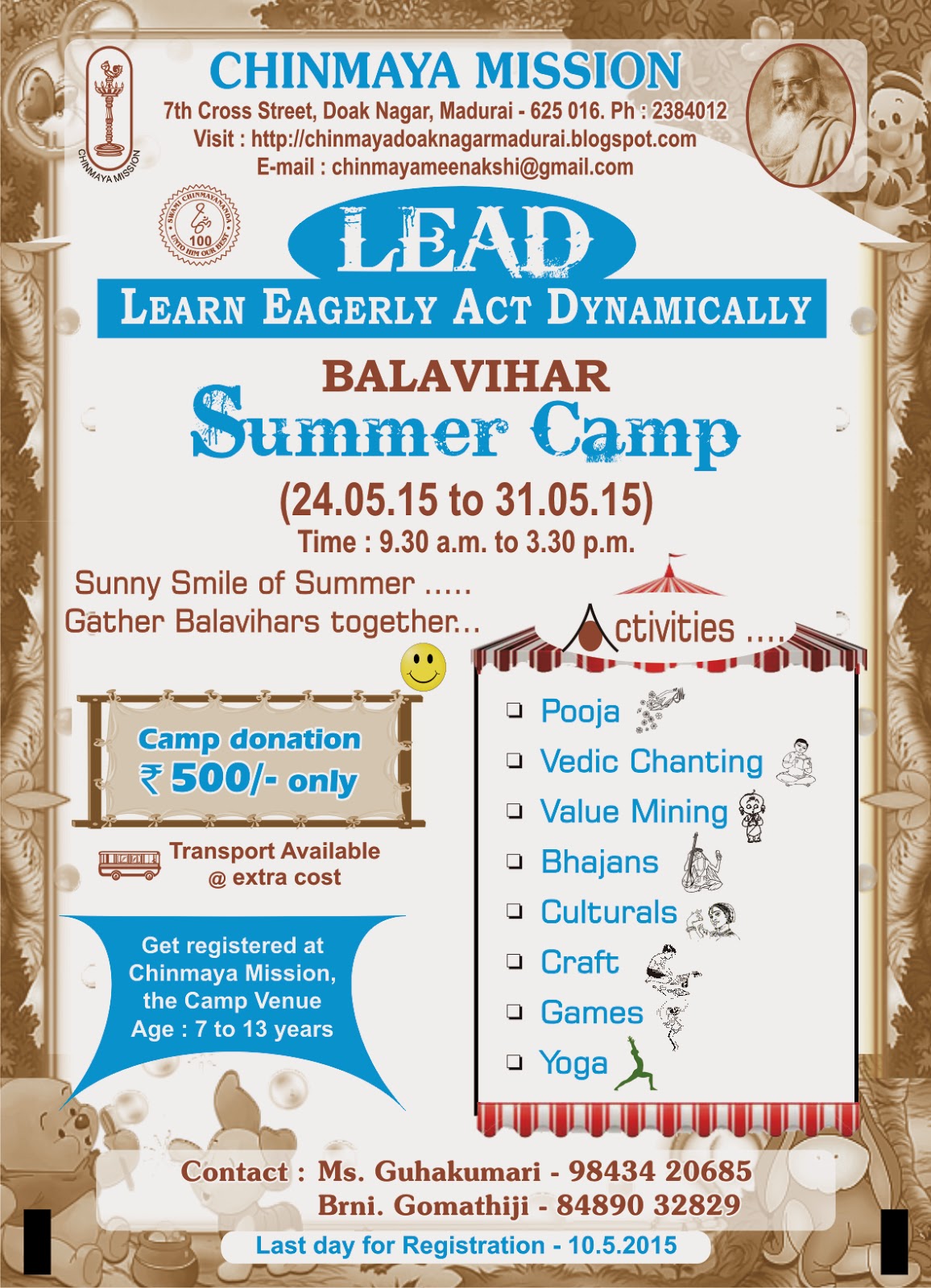 Posted by Madurai Chinmaya Mission at Sunday, March 01, 2015 No comments: 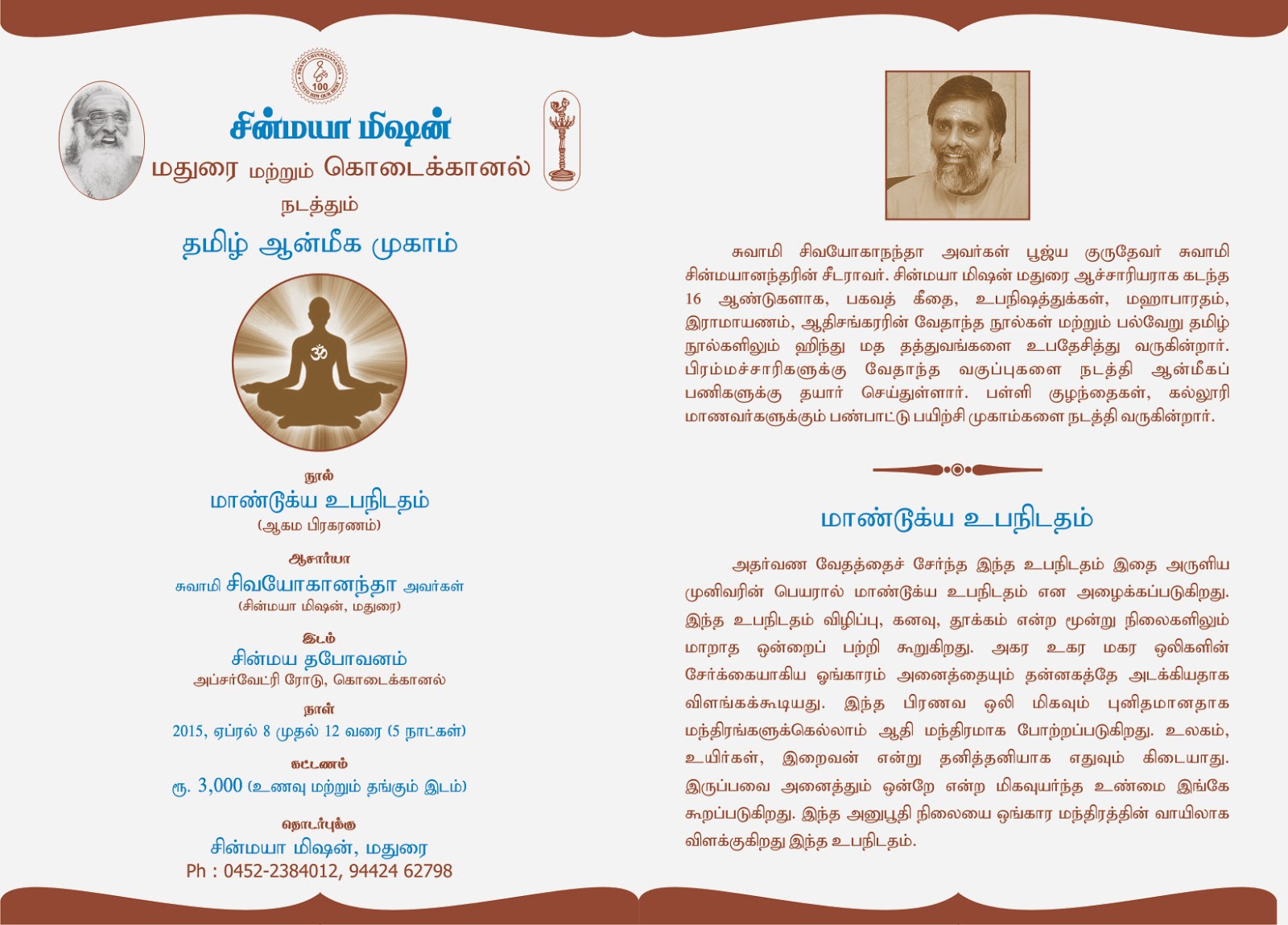 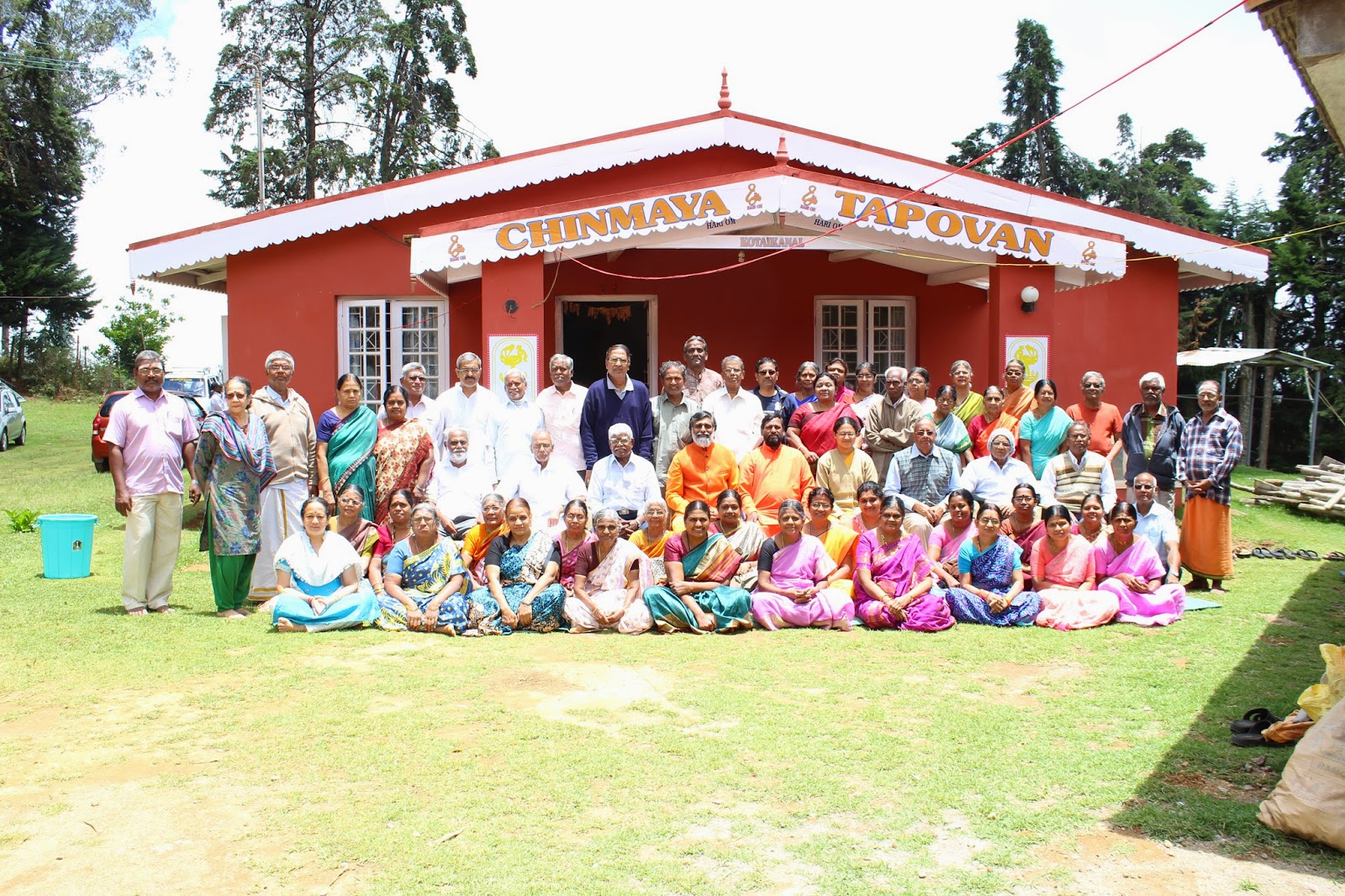 Chinmaya Mission Madurai and Kodaikanal jointly organised a spiritual camp in Tamil at Kodaikanal from April 8 to 12. More than 60 devotees from all over Tamilnadu participated in the camp.

The second part of this camp is planned at CIF from Aug 6 to 10.

Posted by Madurai Chinmaya Mission at Sunday, March 01, 2015 No comments: